I went to a concert of contemporary art music last Saturday.  Collusion, a leading modern music ensemble, was performing a programme entirely consisting of 20th and 21st century music.  You are probably now imagining a concert hall or a theatre of some kind and in a funny way you’d be right, except that this performance venue was some one’s living room.  Okay – so I must be writing from Paris or some other European capital where the traditions of the 18th century salon still survive among certain of the rich, famous, and culturally inclined members of society.  Well actually…

Chris Osborne and Susan Bennett of Brisbane suburb, Carina, have a somewhat unusual habit of putting on first class cultural events in their own house and then inviting all their friends.  I’ve been lucky enough to hear jazz, watch plays, attend films and lectures on architecture and design; all at their place.  This time it was a concert.  There were chamber works by contemporary Australian composers, Thomas Green, Robert Davidson, Nigel Sabin, Joseph Twist, and Andrew Ball, and the programme ended with the epic Quartet for Clarinet, Violin, Cello and Piano by German composer Paul Hindemith (1895-1963).  Some of the composers were present and spoke about their works, lending a personal insight to their creative thinking.

Collusion performed throughout with intense engagement and finesse.  Their precise ensemble playing detailed the repetitions of the minimalist works on the programme.  Ostinatos were confident and crisp but dramatic opportunities (and there were many) never went to waste.  When it came to the musically expansive world of the Hindemith quartet, the players demonstrated the breadth of their stylistic accomplishment.  This is a long and challenging piece for performer and listener alike but Collusion encompassed the full range of the work from its most emphatic episodes to its moments of delicacy, presenting the music to great advantage, always equal to its musical language and to its demands on virtuosity.

Oh… and did I mention the cakes?  Yes, there was an interval – and yes, Susan Bennett does make ridiculously good cakes.

The Australian works mentioned above are all included on the soon to be released Collusion CD: Flashpoint Two. 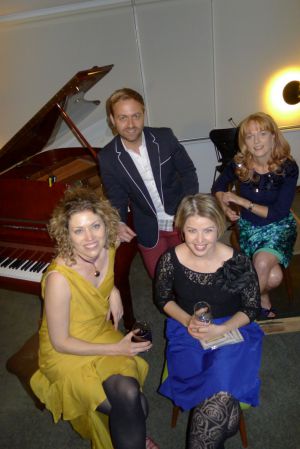 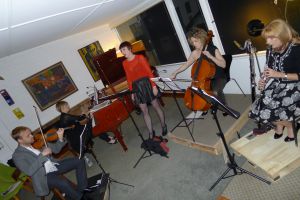 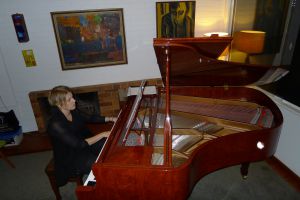