TIM ROSS: MAN ABOUT THE HOUSE

Comedian, broadcaster and architecture tragic. Tim Ross has recently been bringing his two passions - comedy and architecture - together, in a stand-up series called Man About The House. The concept invites small audiences into historic or iconic houses around Australia. The show has already had sell out seasons at Rose Seidler House (NSW), Walsh Street House (VIC), and numerous architecture festivals.

“Tim’s, Man About The House is a different type of stand-up show for fans – not only fans of Rosso but also fans of Architecture.”

Tim Ross is a comedian, radio host and television presenter, who became a household name as one half of comic duo ‘Merrick and Rosso’.

This is your only opportunity to see Man About The House performed in Brisbane, for one night only! 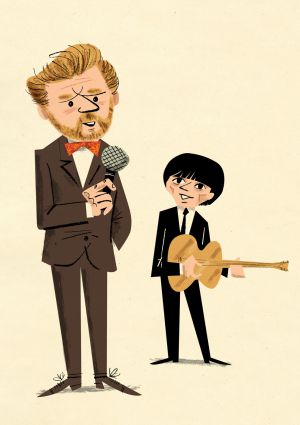